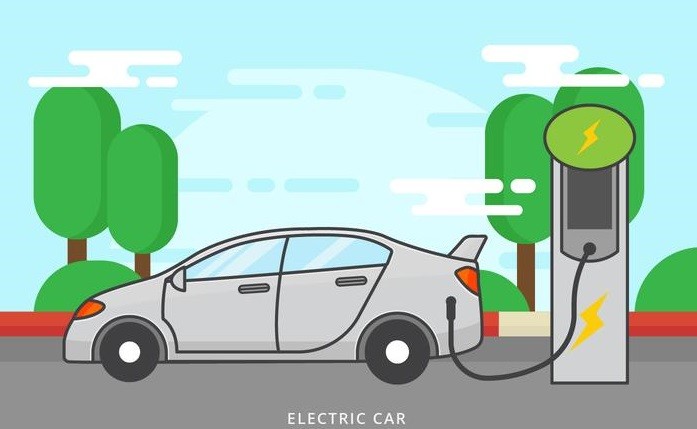 When you decide to buy a new car and want it to be an electric one, there are many things that can cause problems such as the use of terms which only a small number of people are aware of such as kilowatt, kilowatt-hours, ampere-hours, etc. People need to know what these terms refer to as these words share a lot of information related to the cars such as battery capacity, charging speed, range, efficiency and so much more. differences between kW kWh

People usually get confused between kilowatt (kW)and kilowatt-hour (KWh) that is so easy to make, sometimes even eMobility professionals and electric vehicle journalists get confused between these two. These terms are nowhere new for the people who come from an electric background but for normal people it is new. differences between kW kWh

Many questions arise related to these such as, what is the difference between kilowatts and kilowatt-hours? What is the meaning of these terms? When one should be considered for use? We are going to discuss all these things with the relationship they have with electric vehicles. We will also discuss the Ampere-hours which is the most common measurement unit used for the measurement of battery capacity. 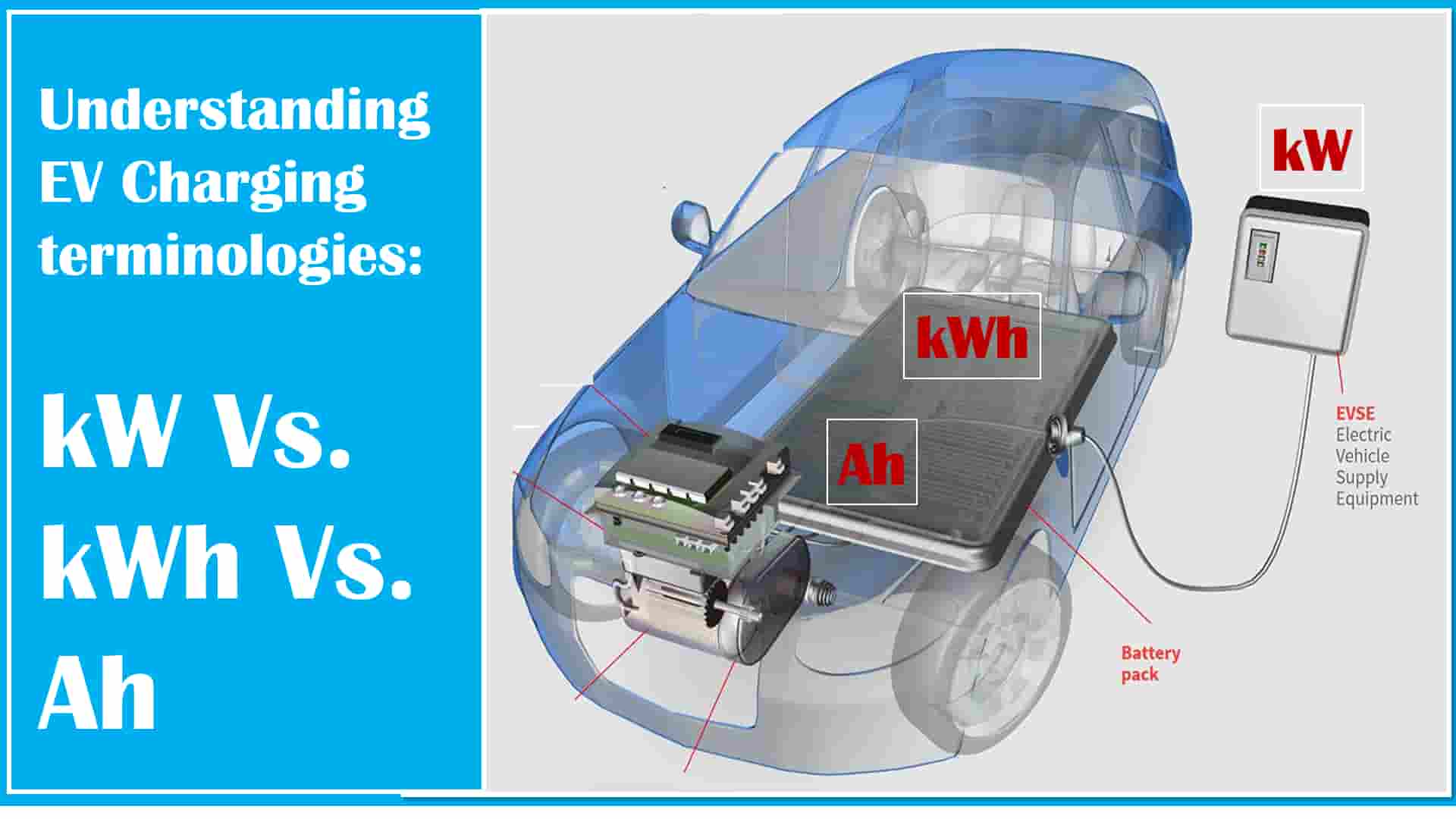 A Guide to Electric vs. Hybrid Cars

What is kilowatt (kW)?

Kilowatt refers to power, which can be understood as it is equal to current (in amperes) multiplied by voltage (in volts). Voltage is the amount of electrical pressure a circuit or a conductor has, the force that pushes the electrons around the circuit. Amperes are the speed at which electrons move past a given point.

Kilowatt-hour refers to energy, which can be understood as it is equal to the power in kilowatts multiplied by time in hours. Watts are used to defining the amount of power that runs through a given power supply. A kilowatt is simply a thousand watts. A kilowatt-hour is much like an ampere-hour, it is a measure of energy as how much energy is consumed in a given period. The batteries of electric cars are usually measured in kilowatt-hour. The larger capacity the battery has the longer is the range of the car. differences between kW kWh 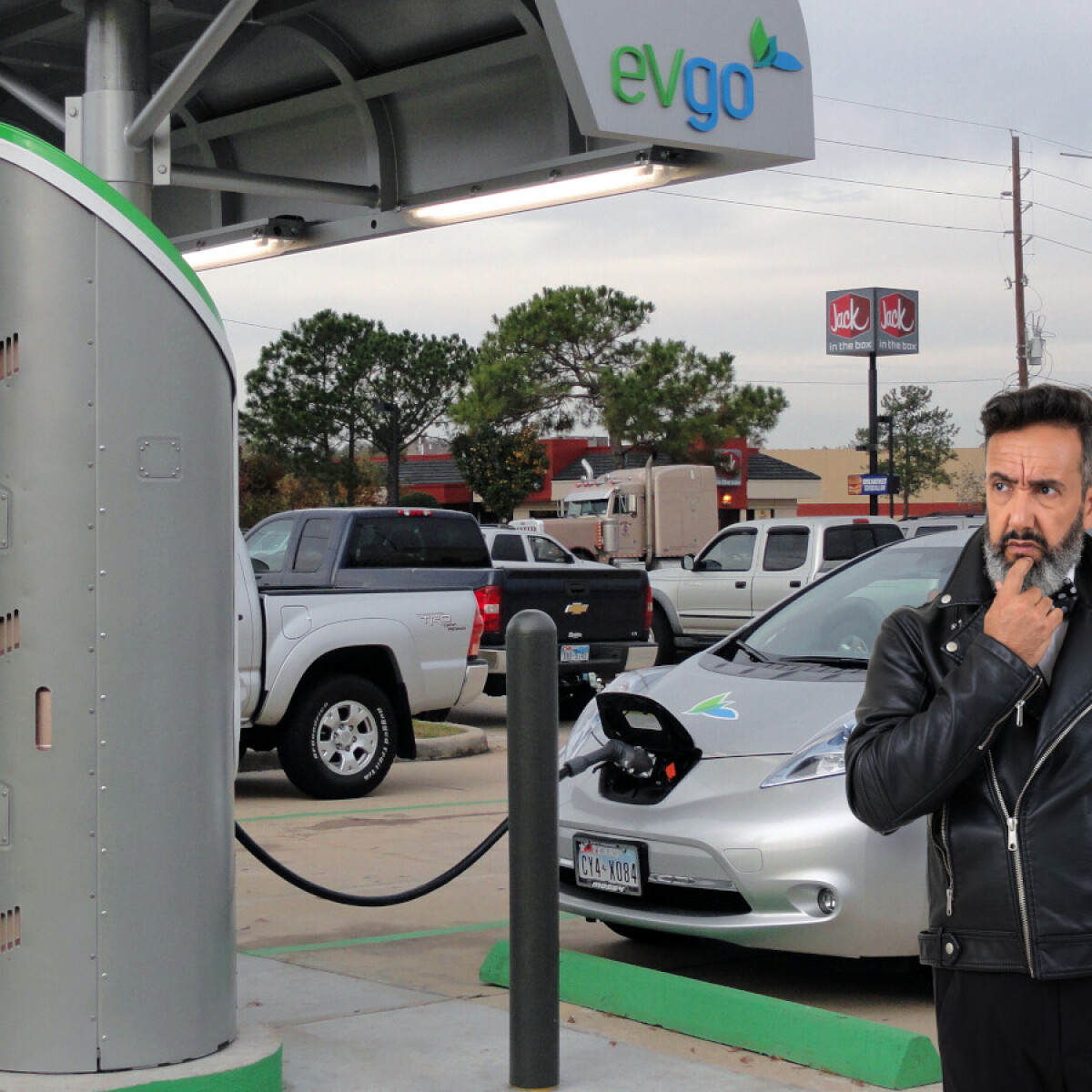 What is Ampere hour?

It can be understood as capacity is equal to current and amps multiplied by time in hours.

What is the difference between kW and kWh?

Why are electric cars batteries measured in terms of kilowatt-hours (kWh) and not in ampere-hour (Ah)?

Because knowing the amp-hours doesn’t actually tell you the capacity of a battery by itself. This figure is only helpful if you know the voltage, and most people want a comfortable number to be able to refer to capacity. Watts = volts x amps, thus you get a figure that shows how much capacity the battery has by using watts-hours rather than amp-hours. differences between kW kWh

For very big batteries, kilowatt-hours are best rated (a kilowatt-hour is 1,000 watt-hours). Most do not know or care about the current-voltage or the exact current – they want to know just how far a charge can go and when comparing different vehicles kilowatt-hours are a lot more convenient measure to use. differences between kW kWh

Moreover, you may divide watts by tension in order to acquire amp-hours, assuming you are aware of the capacity of the battery at watt-hours (or kilowatt-hours). For example, my battery is 24 kWh in my Nissan Leaf. The system operates on around 360 volts. The capacity is therefore around 66 amp-hours at such voltage. Now, you might state that the automobile battery can hold 66 amp-hours at 360 volts, but just 24 kilowatt-hours are much simpler to speak.

There is a common misconception among people that the higher kilowatt the charger is the faster it can charge the battery while that is not the case, even though even if we have a charger with a high output it takes higher time to charge up the last 20% of the battery as it becomes harder to cram such energy in the cells at such a high rate.

This is the reason why battery manufacturers or electric vehicles using these batteries in their presentation talks about charging from 0 to 80% from their DC charger. Many drivers who use these DC chargers at the charging stations prefer to leave once the battery reaches 80% instead of waiting for the remaining 20% to get charged.

We hope all your queries related to kilowatt(kW), kilowatt-hours (kWh), and ampere-hours (Ah) has been cleared by now, having a basic knowledge of these things will make your choice of an electric vehicle easier than earlier and you will be able to choose a vehicle which you think is the best in terms of battery.