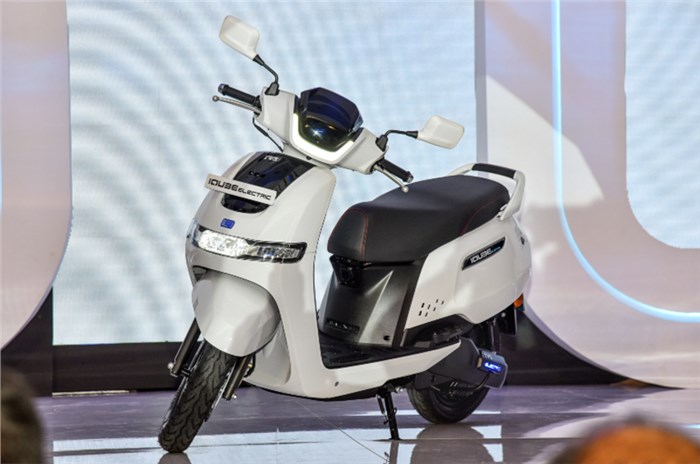 
TVS iQube Electric Scooter debuted 1.5 years ago. A few waves of covid have passed and working from home has become the norm. The need for personal mobility vehicles is higher than ever. Gasoline has reached the Rs 100 mark, and the government has revised the FAME II directive, increasing the subsidy for electric two wheelers by 50 percent to Rs 15,000 per kWh.

In other words, TVS iQube Electric Scooter, along with a some of the other electric scooters, saw it all and made their way through the hard times. The challenge ahead comes from the newly launched Ola Electric and Simple Energy. 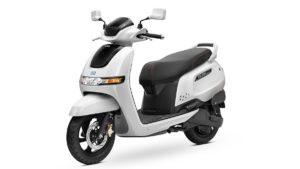 On the move, the TVS iQube Electric Scooter will inspire you especially when it comes to acceleration. The hub motor is manufactured by Bosch and has a maximum power of 4.4 kW. This is a considerable amount higher than the Chetak’s 4.08kW engine, but the TVS iQube’s Electric Scooter throttle response feels instantaneous and isn’t quite as smooth as the Bajaj’s when you first open the throttle. It’s immediate rather than choppy though, and while I suspect it might take some getting used to, I don’t think this is a problem.

It is really good that the acceleration is the same in both modes (Economy and Power). The only difference between the two is the maximum speed limit. It can go up to 45km / h in economy class, and this is where TVS iQube Electric Scooter also claims it gets a 75km range. Top speed will be up to 80 km / h in power mode, but the range should drop to 55 km here. What we also liked is that performance doesn’t drop dramatically as load drops.

According to the TFT display, I even managed to reach a speedometer indicated at 70 km / h with only 16 km remaining. Fortunately, the TVS iQube Electric Scooter also doesn’t cut off the throttle when you’re braking, as almost all Chinese scooters do, meaning slow manoeuvring isn’t a problem.

Shaft-mounted motors are generally considered inferior to frame-mounted units, but the TVS iQube Electric Scooter doesn’t seem to have a problem. I managed to go up a 10 degree ramp at about 35 km / h with a passenger and with a light load, which is not bad at all. Another setback that often occurs when using hub motors is that they disrupt the weight distribution of a two-wheeler.

Since most of the weight is on the rear wheel, it doesn’t feel like a natural two-wheeler, but TVS masked it well. The battery is not removable, but TVS has cleverly divided it into three different packages, one of which fits under the foot board. This brings some of the weight shift forward, and the company also says the way the rear twin bumpers have been adjusted to give the TVS iQube Electric Scooter a more natural feel.

Of course, it is. On the company’s test track, we had the opportunity to drive through the curves at high speed and the scooter did not feel nervous or shaky at all. The 12-inch wheel grip TVS tires at both ends also contributed to stability. After all, the 220m front disc and the 130mm drum brake were quite effective and brought the 118kg scooter to a stop (a bit taller than the Ntorq 125) quite quickly.

As has become the standard with electric vehicles, the TVS iQube Electric Scooter has LED lights in all directions. These looked pretty bright during the day, but we’ll have to put the headlights to the test when we get the scooter for a road test. Speaking of light, the TVS iQube Electric Scooter also has one under the seat, but it only turns on with the key in the ignition lock.

This means that you need to remove the seat lock key on the side of the scooter and put it back in the ignition to illuminate the trunk. As with many other scooters these days, it also has an under-seat USB charging port. While TVS claims that the storage space under the seat fits a full face helmet, my international specification was not, but that is the case with almost all scooters.

Now we come to one of the highlights of this scooter: the TFT instrumentation. It has Bluetooth connectivity and the graphics on the screen can also be read in direct sunlight. The dedicated iQube app comes with Bluetooth function, displays incoming call notifications, SMS notifications, and street navigation on the screen. The app also offers geofences, trip data log, battery charge status, range, and much more. This screen also shows the scooter’s parking assist function, which allows you to crawl forward or backward.

It definitely feels higher quality than the Bajaj Chetak’s LCD screen and on par with the Ather’s. However, the screen takes a long time to start up and we hope that a future OTA update will fix this problem.

Each iQube also comes with a home charger, which is included in the price. It takes approximately 5 hours to fully charge the battery and there is no fast charge option. Additionally, this home charger is RFID-enabled, ensuring that it cannot be misused by anyone when left unattended. The charger, batteries, and battery management system were entirely built in-house, with the exception of the battery cells, which were sourced from LG in Korea.

Since the iQube was introduced, it has generated polarizing comments about the style. To better describe it, it looks like a futuristic product, but it was designed almost a decade ago. And that is not far from the truth, TVS presented it in concept form in 2012. That might sound like a negative aspect, but it is definitely not. The narrow, horizontal headlight and taillight look unique and almost like a Robocop.

The rest of the design is extremely simple, and it almost seems that TVS took this route on purpose, as mainstream designs attract buyers of a broader age range. We saw the company take a similar approach with its popular 110cc scooter, the Jupiter.

While we don’t have any design issues, there were a few small areas where quality was inconsistent, but that could be because the scooters we rode were early test bikes. We reserve final judgment if we spend any time on production models.