What are different AC Power Systems (TN, TT & IT earthing) and which one should you choose? 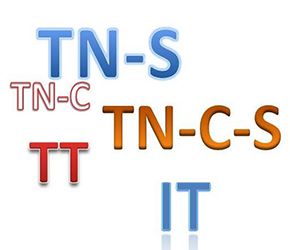 What are different AC Power Systems (TN, TT & IT earthing) and which one should you choose?

Here is the guide to What are different AC Power Systems (TN, TT & IT earthing) and which one should you choose?

In the world where people are moving towards electric vehicles when it comes to the installation of charging stations people come across different power system technologies such as TN, TT, and IT earthing. So the question comes what are these? What makes them different from each other? What are the reasons behind so many different types of power systems? Why cannot we have just one standard scheme for earthing?

We are going to discuss and answer all of these questions right here.

The AC power distribution systems are differentiated according to their grounding methods as TN, TT & IT systems, further TN is divided into TN-C, TN-S, TN-C-S.

T stands for the direct connection of one pole to earth.

I stand for a system isolated from earth or one point that is connected to earth through an impedance.

The second letter denotes grounding of the equipment

T stands for direct connection of the equipment to earth, independent of the grounding of any point of the power system.

N stands for the direct connection of the equipment to the neutral point or a phase conductor.

The third letter denotes the arrangement of neutral and protective conductors

S means that the protective function is provided by a conductor separate from the earthed line conductor.

C means that the neutral and protective functions have been combined together in a single conductor.

It is a temporary power supply system, if the front part is powered by the TN-C power system and the code of construction specifies the use of TN-S power supply then the total distribution box can be divided at the rear part of the power distribution system. AC Power Systems

It is a power supply system that separates the neutral line from the dedicated protection line PE.

TT methods refer to a protective system that directly grounds the housing of an electrical device which is known as a protective earthing system or TT system.

The grounding portion of the system can reduce the risk of electric shocks when the metal shell of the electrical equipment is charged up. However, automatic switches do not trip causing the leakage voltage of the device to be higher than the safe voltage which is a highly dangerous voltage. The TT power supply systems are in less use as there is no leakage protection in case any leakage happens, and whenever the leakage current is small not even the fuse gets blown. The device used for grounding TT power systems consumes a lot of steel.

When any unit borrows power supply for temporary use of electricity, the TT power supply system is taken into use, however. A special protection line is used to reduce steel usage for the grounding device. AC Power Systems

In this system the N-line and PE-line are laid separately and are insulated from each other, then the PE line is connected to the housing of electrical devices instead of connecting it to the N line. What matters here is the potential of the PE wire, not the N wire, therefore the repeated grounding in the TN system is not of the N wire.

The presumed neutral current is shared by the N line and PE line, and a portion of the current is shunted through the repeating grounding point. Because there is no PE line on the front side of the repeated grounding point, just the PEN line consisting of the original PE line and N line in parallel, the benefits of the original TN-S system are lost, so the PE line and N line cannot be common grounding. AC Power Systems 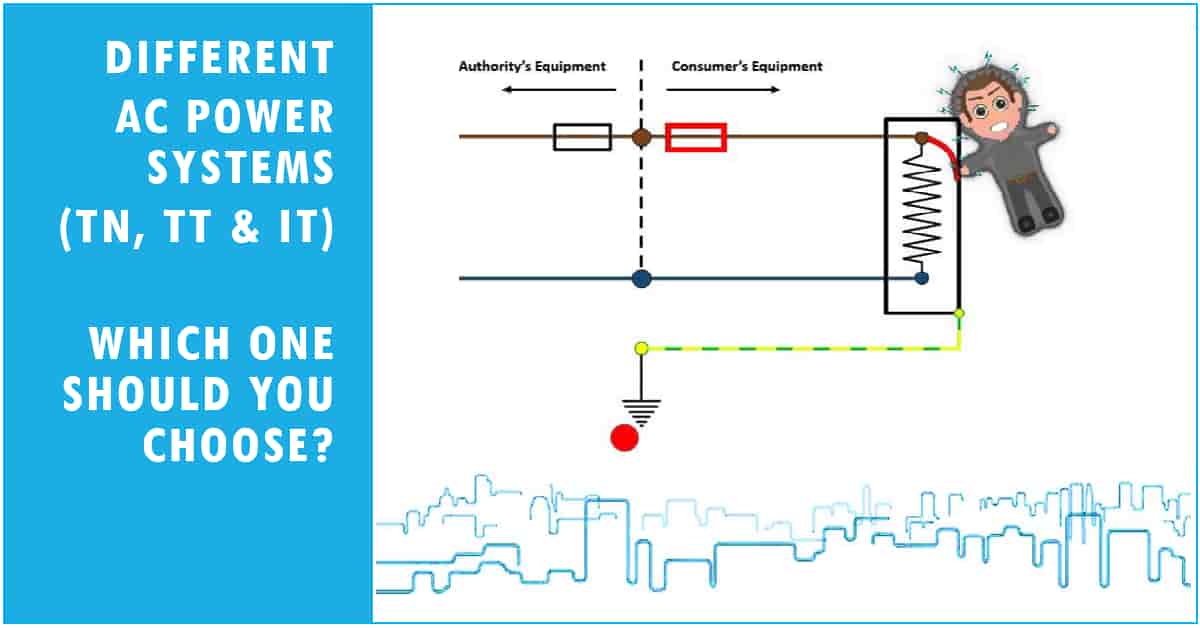 When a short-circuit issue or load leakage causes the device casing to become life, the leakage current forms a route through the earth and the protection device does not function. This is hazardous. It is only safe when the power supply distance is not too large. On a building site, this sort of power supply is uncommon. AC Power Systems

Why do we need different types of power supply systems?

All these power supply systems are for different use scenarios.

IT- This system is identical to the TT system, however, the earthing supply is different. Only a high impedance connection is available in the distributor system. This kind is not suitable for consumer power supply and is instead utilized in power distribution areas such as substations.

TN-C-S- As protective multiple earthing, the supply neutral conductor of a distribution main is linked with earth at the source in this system.

TN-C- This system is a hybrid PEN conductor that serves as both a PE (protective conductor) and an N (neutral) conductor.

TT- Primarily for the supply of consumer power. The earthing protection must be installed by the owner via their own connection to the earth. The benefits include reduced high or low-frequency noise, no possibility of failure, and suitability for locations where all AC power circuits are residual current device (RCD) protected. AC Power Systems